The Day We Left Curt Behind

One of our Appalachian Grass gigs took us down to Dundalk, MD to play at the Sandpiper Inn, a local hotspot for bluegrass.  At that time, band personnel included Vernon, me, my brother Andy on bass, Dwight McCall on mandolin, and Randy Pollard on banjo.  We also had friends Curt Owens and Kenny Stites travelling with us that weekend.  Curt and Kenny helped drive and did other roadie type jobs.

Vernon and I had driven down in our bus along with Dwight, Randy, Curt, and Kenny.  At 2am when we finished our show at the Sandpiper, Vernon wanted to drive to Damascus, MD, a good 50 mile drive. His mom and sister lived there and he wanted to mix a family visit with our band trip.  As another Maryland native, Dwight also had friends and family to visit locally so took off with them.  Andy had been visiting his then fiancé in New York so had driven down separately to meet us at the show. That left Vernon, me, Randy, Curt, and Kenny riding in the bus with Andy following in his car.

Of course, Vernon got hungry en route to Damascus so we stopped at a dive restaurant along the highway.  By this time, Randy was sound asleep.  Curt and Kenny claimed they weren’t hungry so opted to stay on the bus and wait for us.

The restaurant adjacent to where we parked the bus was full up to over flowing.  Waiting in line didn’t interest us so we walked a block down the road to another, less crowded place.  We enjoyed a fine breakfast then walked back to the bus and, assuming Randy, Curt, and Kenny were asleep in the back of the bus, we took off with Vernon driving the bus, me riding shotgun for him, and Andy following in his car.

As we drove further and further from the restaurant, I got more and more uneasy.  Surely Curt would have awakened when we fired up the bus?  If not, wouldn’t bouncing down the road bring him up out of his bunk?  I decided to go to the back of the bus to check and see where they were.

First I checked in the bunks.  Nobody.  Then I checked UNDER the bunks.  Why they might have climbed under there didn’t concern me at the time.  Since there was only 6” of clearance beneath each bunk, I obviously didn’t find anyone there.

Then I checked the bathroom.  Again, I didn’t fret about why two guys might have gotten into the bathroom together.  Didn’t matter though; nobody there.

On the way back toward the front of the bus to tell Vernon I couldn’t find them, I stopped again to check under the bunks just to make sure I hadn’t missed them the first time.  Nope.  They weren’t there.

I told him, ‘McIntyre, Curt & Kenny aren’t on this bus.’  He most definitely took his eyes off the road, turned in his seat, and said, ‘WHAT?!?’  Once he wrenched himself back around to face front, we pulled off the road and Andy pulled in behind us, very concerned about why we had stopped.  After some consultation, it was decided I would stay on the bus while Vernon and Andy drove back to the restaurant in Andy’s car.  Before he left, Vernon admonished me, ‘If anyone bothers you, there is a gun under the seat.  Use it.’  Jeeze!  At that time, I had never held a gun let alone shot one!  Randy slept like a log through all of this.

When Vernon and Andy arrived back at the restaurant 40 minutes later, they found the police ready to arrest Curt for disorderly conduct.  He and Kenny had decided to join us at the restaurant but didn’t realize we had walked down the block to a different establishment.  Somehow, Curt, who was wiry but only about 140 pounds when wet, had gotten into an altercation with a VERY large guy.

The cops were called.  When they showed up, Curt kept telling them that he had been riding on a greyhound bus and that it would come roaring into the lot any minute to pick him up.  The cops were getting less and less interested in such a fantastic story and jail time was getting imminent.  About then, Vernon and Andy came putt-putting into the lot in a small, private vehicle, not roaring in driving the promised greyhound.  Somehow, Vernon and Andy convinced the police that Curt and Kenny were NOT crazy, drunk, or insane and managed to get them out of there with no arrests and no physical altercations.  I guess all’s well that ends well.  Since that day, I have made a point to count how many are on the bus whenever we pull out.  We may not have the right PEOPLE on board, but we have the right NUMBER! 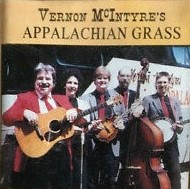 I don’t have a photo of Curt and Kenny from this trip but here is a photo of the bus and the other players in this adventure.