NAMING the BLACK KEYS on PIANO

First, let’s review the white notes on the piano keyboard.  Take a look at this diagram from the last lesson and make sure you’re confident of the white note names.

So far, so good.  Now for the names.  I think this is where alot of folks get confused.

Having dropped that bomb on you, let me try and clarify it for you.  Notice there is a black key between C and D.  Since the black key is to the right of the C, its sharp name will be C#.  All black keys adjacent to C and on the right side of C can be called C#.  In general, move right from a particular note, add ‘#’ to the name of that note.

Since that same black key is to the left of the D, its flat name will be Db.  All black keys adjacent to D and on the left side of D can be called Db.  In general, move left from a particular note, add ‘b’ to the name of that note. 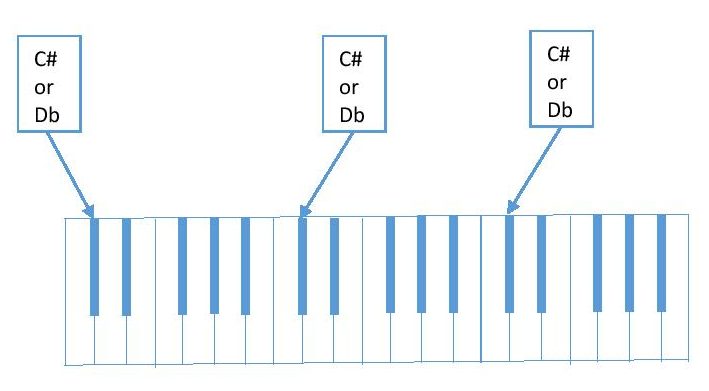 Remember, the name C# and the name Db refer to one and the same note.  Which name you use will depend on the musical context; I will deal with that question in a later lesson.  For now, let’s just get solid on what each black note might be called.

Let’s name another black key.  Consider the left-most of the set of 3 black keys. 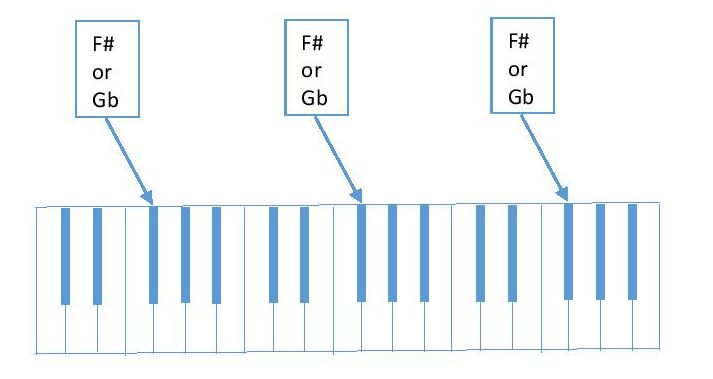 The short version of this pattern is ‘Move left from a note, add b to its name; move right, add # to its name’.  Extending this pattern to all the black keys, here is the complete set of names. 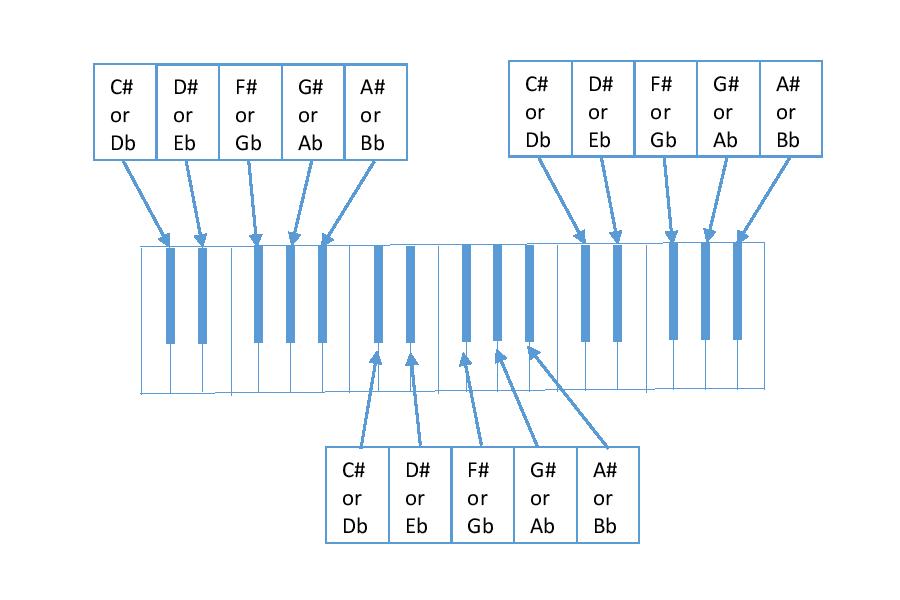 If you want a hardcopy of this lesson, you can find a PDF here:  Naming the Black Notes on the Piano.

To test your understanding of this pattern, fill in this blank chart.  Don’t peek! 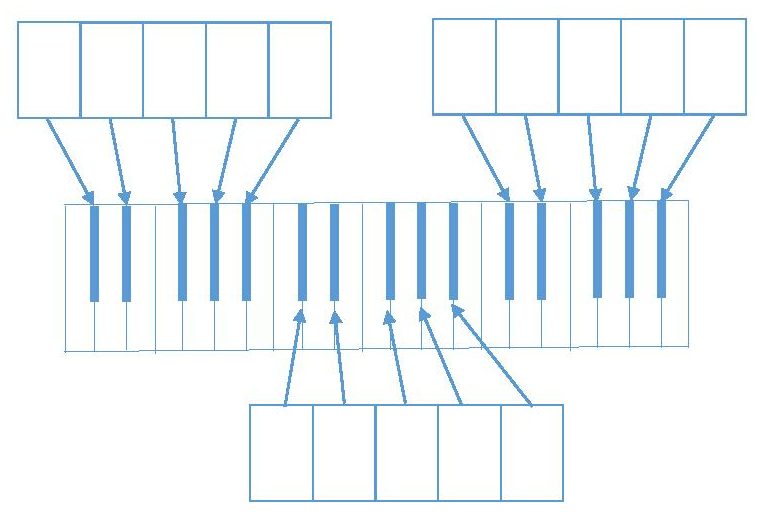